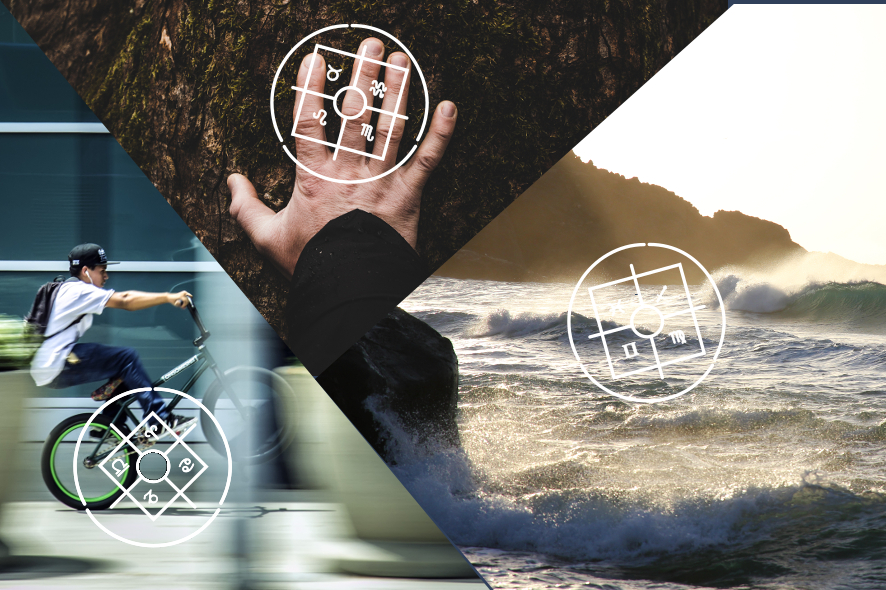 The Meaning of the Modes within a Birth Chart: Cardinal, Fixed, Mutable

What does this mean?

The twelve signs of the zodiac has interesting overlapping themes in astrology. Each of the signs are characterized by one of the four elements, and you can learn about the meaning of the elements in the birth chart here.

The signs are also split up into three "modes" or "qualities" which are a little more abstract and less intuitive. They roughly break down to an "initiating, active" quality called Cardinal, a "stable, durable" quality called Fixed, and a varying, changeable quality called Mutable.

Each of the signs are in some ways affected by the nature of these qualities, and when mixed with their element, the core symbolism and description of the signs becomes more clear.

What is the symbolism of the modes within astrology?

In astrology, each of the modes is defined through the human personality in attributes that resonate with the overarching concept.

Here is a description of the modes:

What does it mean if a chart is lacking in a mode?

If a chart is lacking in a mode, it is often thought that the characteristics associated with the mode are not emphasized in the chart.

These are the potential challenges of weak or missing modes in a chart:

Here are how the signs in the zodiac each express their individual mode (also known as quality):

Aries represents the spark, small fiery particle or young flame being born out of nothing. It represents the birth of a new fire. Cancer is symbolized by moving water in a stream, river or waterfall. The energy is of water moving, initiating a new path through the land. Libra is represented by a fresh, young movement of air such as the breeze or wind. Capricorn is reflection in the principle of contraction and crystallization which hardens matter into rock and gemstones. It is additionally often associated with mountains and rock faces.

Taurus is symbolized by the wealth stored in the land and rich potential of fresh soil or earth. This is the age old symbol of fertility and abundance. It is often symbolized as a garden or pasture, especially the type a bull rests on. Leo represents a mature, well fueled fire. It is reflected by the power of a full flame. Scorpio is represented by the ice, frozen and unmoving. Additionally, its association with 'depth' can be akin to ground water, or pure and refreshing well water. Aquarius is reflected by still air, such as that which predominates in space.