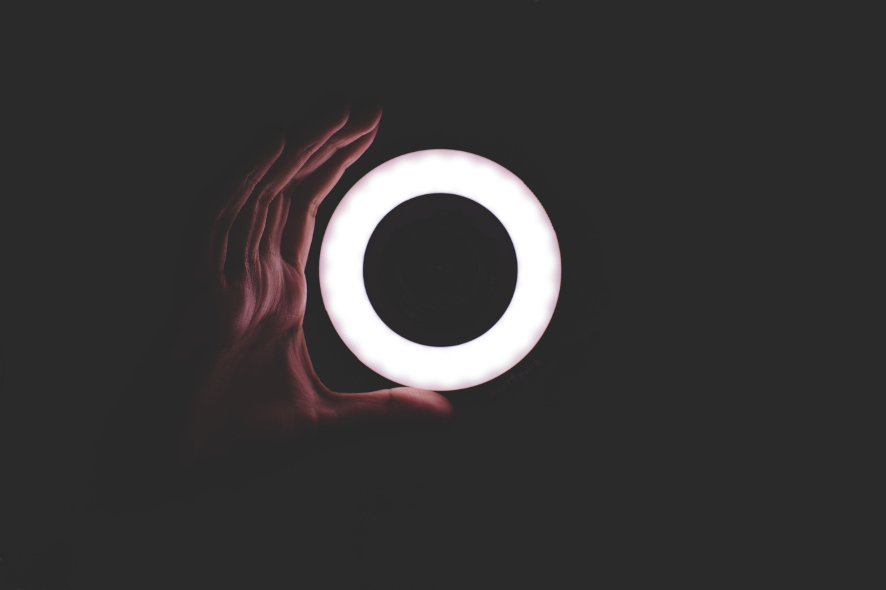 How to customize orbs in Astro-Charts

You can now customize aspects on Astro-Charts by adjusting the orb degrees to amounts you prefer.

Orbs are the degrees up to which you'd like to count an aspect. For example, a conjunction indicates two planets are in the same location as one another, or 0 degrees apart. But often planets up to 8° apart are still considered in conjunction. This is because they are still so close relatively to other planets - and the effect of the conjunction can still be felt.

In this case, 8° indicates the standard orb given to the conjunction aspect. Each aspect has a different standard orb that goes with it, with the most common and significant types of aspects being given the larges orbs.

How to customize your orb 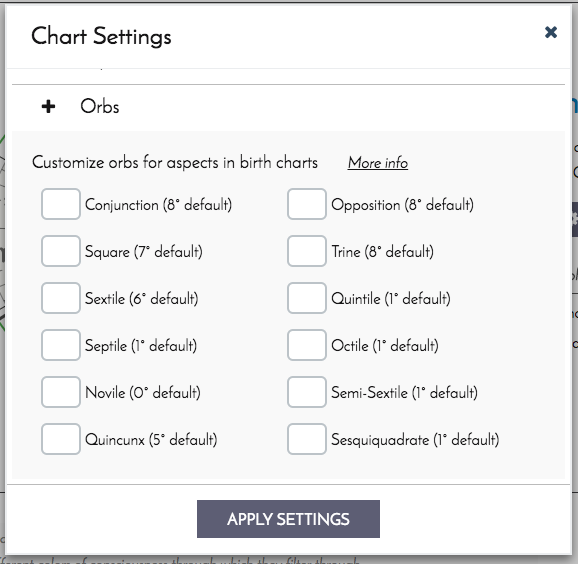 Now in chart settings (see the graphic above), you can see Astro-Charts' default orb setting for each type of aspect. You can input an orb number you prefer into the input box next to each aspect. 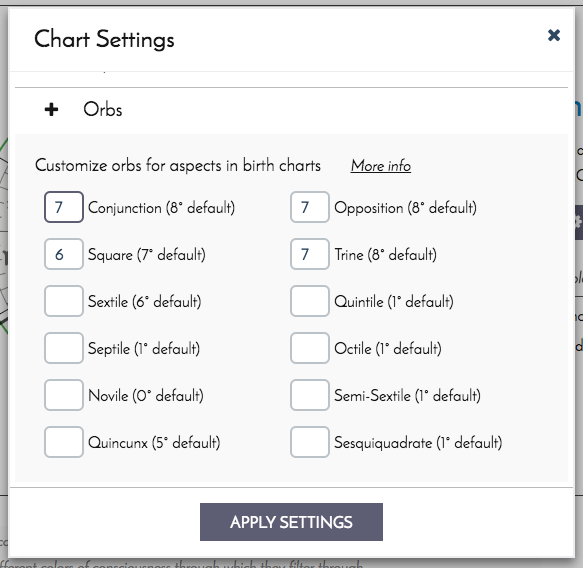 You do not need to alter or fill in all of the aspects. You can greatly expand your orb ranges, or decrease them down to zero if you would like. To save your orbs permanently across all your charts, go to your User Settings page and save your settings.

There are twice as many aspects within a Synastry chart because there are twice as many planets involved than in a birth chart. However, usually it is only useful to focus on the most significant aspects, as is done by default in our charts. If you would like to customize the orbs to be wider, this is where you can make those edits.

You'll notice that once the new settings are applied, not only do the aspects listed change, but the display of the chart and chart patterns will change as well. 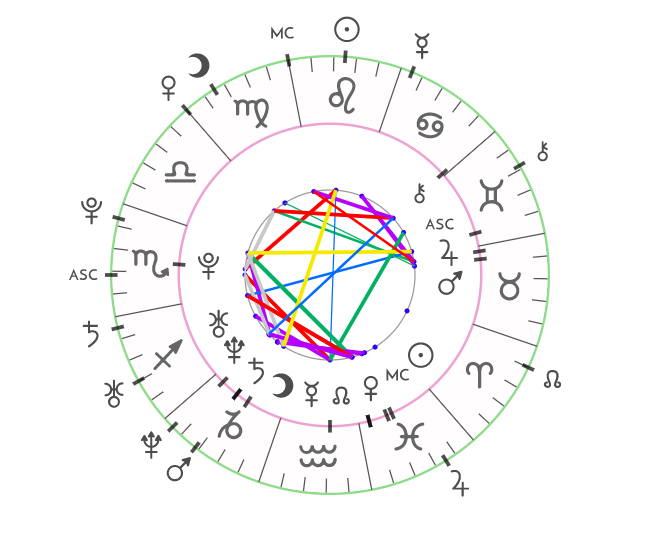 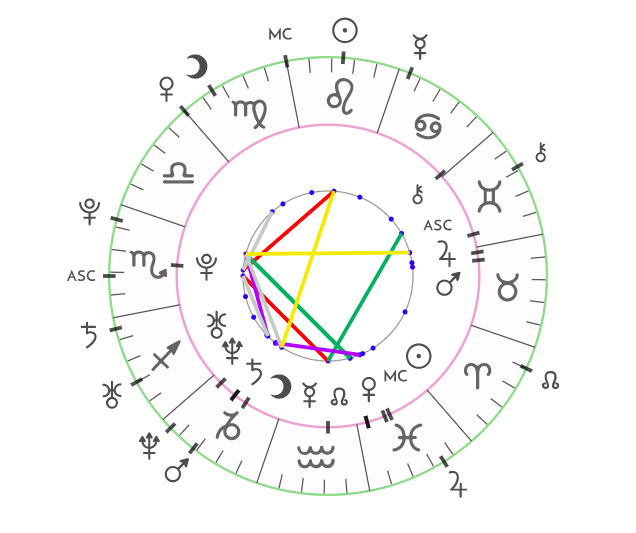 Above is an example of a Synastry chart with default orbs and then the same chart with custom orbs applied. You'll notice most of the chart remains the same. However some aspects have disappeared because they no longer apply with tighter orbs in place.

You can use this feature to fine tune the chart creation process to what your preferences are. Enjoy!