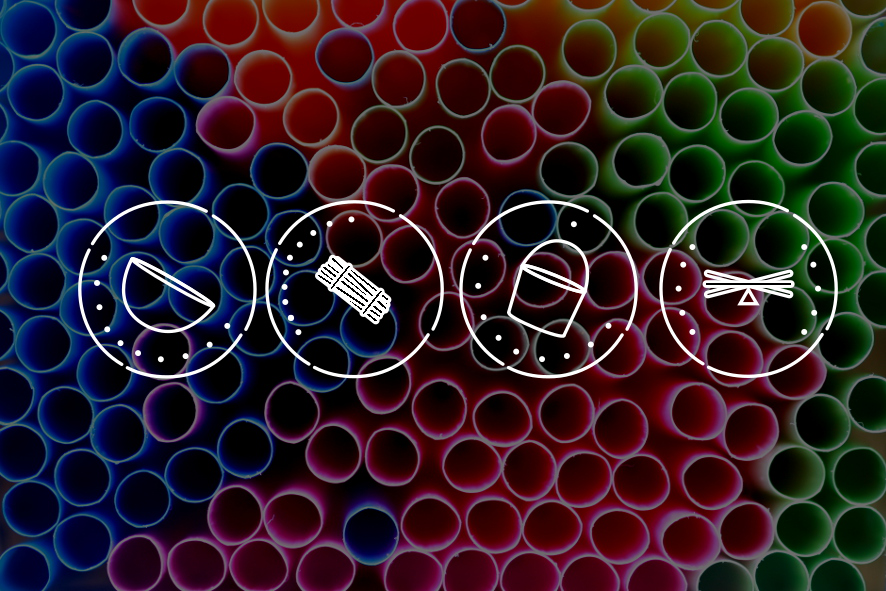 Interpretations for Chart Shapes in the Natal Chart

You may notice that your birth chart takes a general configuration or shape. These 'chart shapes' are often distinguished from 'chart patterns' such as the Grand Cross, Grand Trine, etc. Chart Shapes don't necessitate that planets be in aspects with particular degrees to one another. Rather they describe how planets clump together or generally spread out through different parts of the chart.

Not all charts have chart shapes, and fewer still have clearly defined chart shapes. If the chart shape is not obvious, then it is not likely to be as important as other predominant characteristics of the chart.

Even when it is obvious, note that meaning of chart shapes can be quite general and abstract. They provide the backdrop of the assortment of characters (ie planets) that compose them.

Interpretation: The variety of the interests of the individual scatter their focus but also have the potential of making them skillful in a broad range of arenas.

Definition: All of the major planets are contained within half of the chart, and no more than 60 degrees within the occupied portion of the chart are empty.

Definition: The major planets cluster into one half of the chart with the exception of a single planet, which which serves as a 'handle'. This planet can be used as a point of release for the energy of the other planets.

Interpretation: The individual channels their personality through the planet that is the 'handle'. The sign and house of this planet usually describes the most frequent expression and the area of life through which they seek satisfaction.

Definition: The shape consists of a trine in which two sides of the trine are occupied, but one side is unoccupied. All the planets fall within 240 degrees, with no more than two houses empty within the occupied area.

Interpretation: The individual is very driven, motivated toward the themes of the midpoint of the open 120° area. The first planet (moving clockwise) is seen as the front of the engine, and its sign and house indicates the energy which fuels and drives the person.

Definition: The shape consists of two groups which are in close opposition to one another. They are at least 60 degrees or two signs apart.

Interpretation: The see-saw personality is Libra-like, vacillating between two points of view. One attempts to establish balance between different parts of oneself, as well as between the 'self' and 'others'. And therefore, the individual is especially interested in relationships with other people.

Definition: All of the major planets are focused into a 120 degree area.

Interpretation: The Bundle personality is self-contained, concentrating themselves on the themes represented by the houses and planets on the occupied part of the chart. With this placement, one can be highly subjective, with a strong personal point of view.

Definition: Similar to the Bundle pattern, all of the major planets are focused into a 120 degree area. The exception is one planet which is within a trine, or a 120 angle away from the Bundle cluster. Additionally, it is in opposition to at least one planet in the cluster.

Interpretation: Rather than funneling there energy through the planet at the handle, such as with the Bucket pattern, the individual has a softer approach toward the themes represented by the sign and house of the handle. It is thought of as a source of support and nourishment.

Definition: The major planets are split between three groups and each group is at least 60 degrees away from each other.

Interpretation: The effect of the Splay is very similar to a Grand Trine, but with a diffused effect. The element highlighted by the corners of the trines signify the areas in which the individual feels self-assurance.