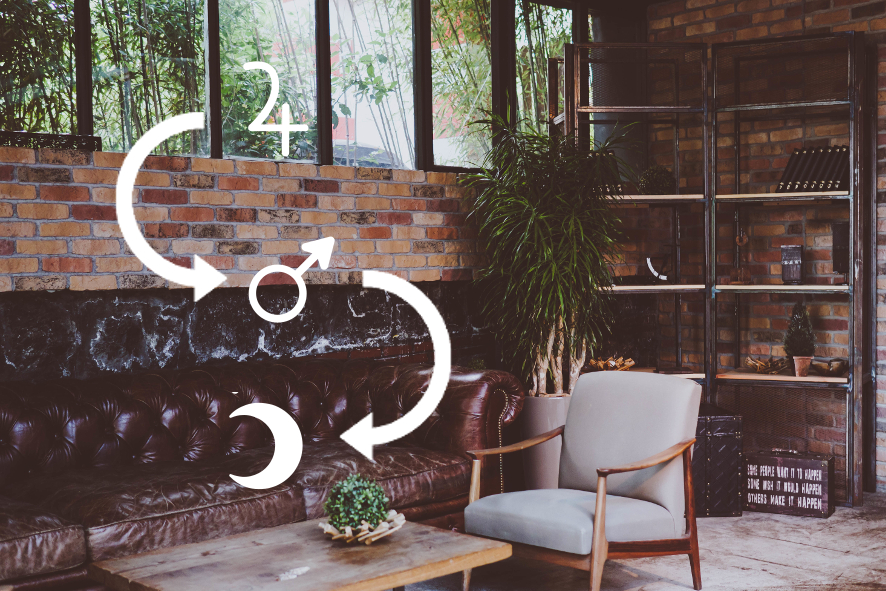 What is a Sole Dispositor within a birth chart?

Our previous article explored what it means to have a planet in its own sign. This happens when a planet "rules" the sign it falls in.

What is rulership? Some signs and planets have a special connection. No matter where the planet falls in the chart, the intertwined themes and core symbolism of the planet makes it have influence over whatever other planets fall in its corresponding sign.

Here are the rulerships for each planet:

Virgo and 6th House
Mercury; Also thought to be undiscovered yet

Libra and 7th House
Venus; Also thought to be undiscovered yet

Now what happens is that whenever a planet is not in its own home sign, it is actually being "ruled" by another planet - the ruler of the sign it is in. And thus, the ruler planet exerts influence over the original one.

For example, Venus in Aries is not at home within the sign of Aries. It would be at home within Libra or Taurus. Within Aries though, it is inevitable that Mars exerts some level of influence over Venus.

By applying this principle to every planet within the chart, we end up with a "chain of command" in the horoscope. Sometimes there are multiple chains of command which we will describe in detail. But when there is only one - this planet is said to be "Sole Dispositor".

The Sole Dispositor in Astrology is seen as particularly special because it is not only in its own sign but it also rules all the other planets in the chart. It is seen to almost be on a throne, having full independence in the chart, with no other planet exerting influence over it. It is thought to be a dominant force within the natal chart.

It should be noted though that not all charts have a Sole Dispositor. Some charts result in multiple chains of command, or multiple Dispositors. Others result a loop of command. Other result in mutual reception. Let's explore these.

How can one determine the Sole Dispositor within a birth chart? 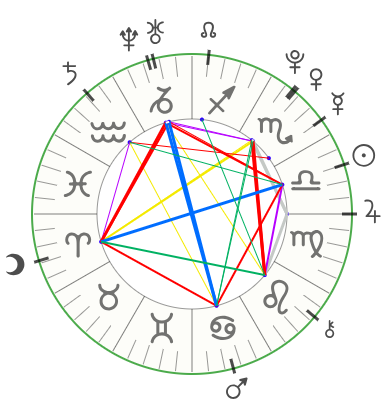 When we set up the Dispositor tree, this is what we get:

In one chain of rulership, Pluto in Scorpio is the Dispositor. However, there is no Sole Dispositor in this chart because there are two Mutual Receptions, between Moon in Aries and Mars in Cancer and then Saturn in Aquarius and Uranus in Capricorn. However, since Pluto sits as Dispositor to many of the planets in her chart, it is a particularly significant planet.

What is a Mutual Reception in a birth chart?

A mutual reception is often thought to have the meaning of a conjunction within a chart - that means, effectively, the energy of the planets involved become fused.

In Cardi B.'s birth chart, she has a type of conjunction then between her Moon and Mars. This often symbolizes someone who is emotionally fiery in their expression of emotions. They seek out emotionally intense experiences out of the thrill and excitement of them. Their emotional comfort zone is actually doing things that are daring and challenging to others.

When there is a mutual reception, there is a connection established between the two planets. This additionally aids with any squares or oppositions among them. So in Cardi B's case, the mutual reception between Moon and Mars softens the square between them in the Cardinal signs. It allows for harmonious connection, as if the energies were fused.

A person with mutual reception has the ability to soften and bring harmony to energy that is conventionally at odds with one another - in this case the adrenaline thrill seeking tendencies of Mars and Aries are often at odds with the comfort seeking, homely tendencies of the Moon and Cancer. And yet in mutual reception, they find unity and harmony in an easy and pleasant way.

Another thing that can occur when making a Dispositor tree is a chain of planets that all rule one another: ie Mars in Taurus which gets ruled by Venus in Gemini which gets ruled by Mercury in Aries. They form a small loop, and the effect is similar to the mutual reception: all of the planets involved are interweaved in their expression, though less so. 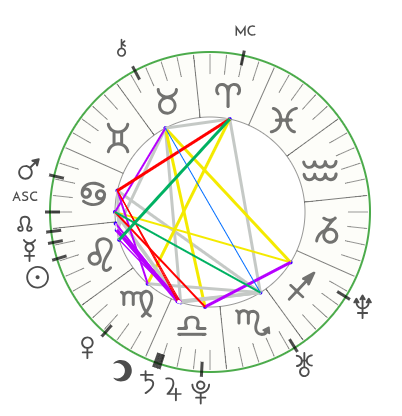 Within Meghan Markle's chart, we see there is a Sole Dispositor and it is Sun in Leo. Her Mars is ruled by the Moon; Neptune by Jupiter; then Saturn, Moon, and Jupiter by Venus in Virgo; Venus is ruled by Mercury in Leo and finally the planet that rules Leo is the Sun.

This effectively means that Sun in Leo is a foremost ruler in her chart. It is a planet that feels very comfortable in its position. It indicates she embraces her natural self-expression with confidence. It indicates she is strong in her willpower, and uncompromising in how she wants to move through life.

While not every chart has a Sole Dispositor, creating a Dispositor tree is an informative part of reading any chart. It helps one see more definition into how the energies of the planets interact with one another.

To find out if you have a Sole Dispositor or mutual reception within your natal chart, use our birth chart calculator.