Youssef Soukouna (born 20 April 1981 in Goutte d'Or, Paris), better known by his stage name Sefyu (French pronunciation: ​[sɛˈfju], his first name in verlan), is a French rapper of Senegalese descent. He comes from Aulnay-sous-Bois (“Cité des Emmaüs”), a city in the French department of Seine-Saint-Denis (Northern suburbs of Paris). Sefyu originally aspired to become a professional soccer player, but his dream was derailed after he sustained an injury. He emerged on the hip-hop scene in the early 2000s. 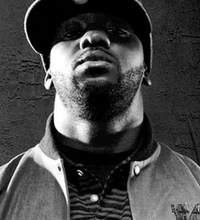 image credit
Sefyu by Sefyu, is licensed under cc-by-sa-3.0, resized from the original.