Liam James Payne, born 29 August 1993 (age 21), is from Wolverhampton, West Midlands, England. Born three weeks early, to Karen and Geoff Payne, he has two older sisters, Ruth and Nicola. Until the age of four, Payne had regular tests done in hospital as doctors noticed one of his kidneys was scarred and dysfunctional. During his time in One Direction, Payne has written many songs for the group alongside bandmate Louis Tomlinson, and has also taken up an interest in producing remixes. 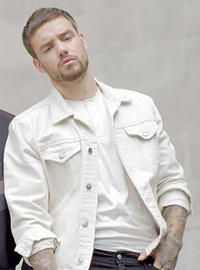 image credit
Liam Payne by MTV International, is licensed under cc-by-3.0, resized from the original.