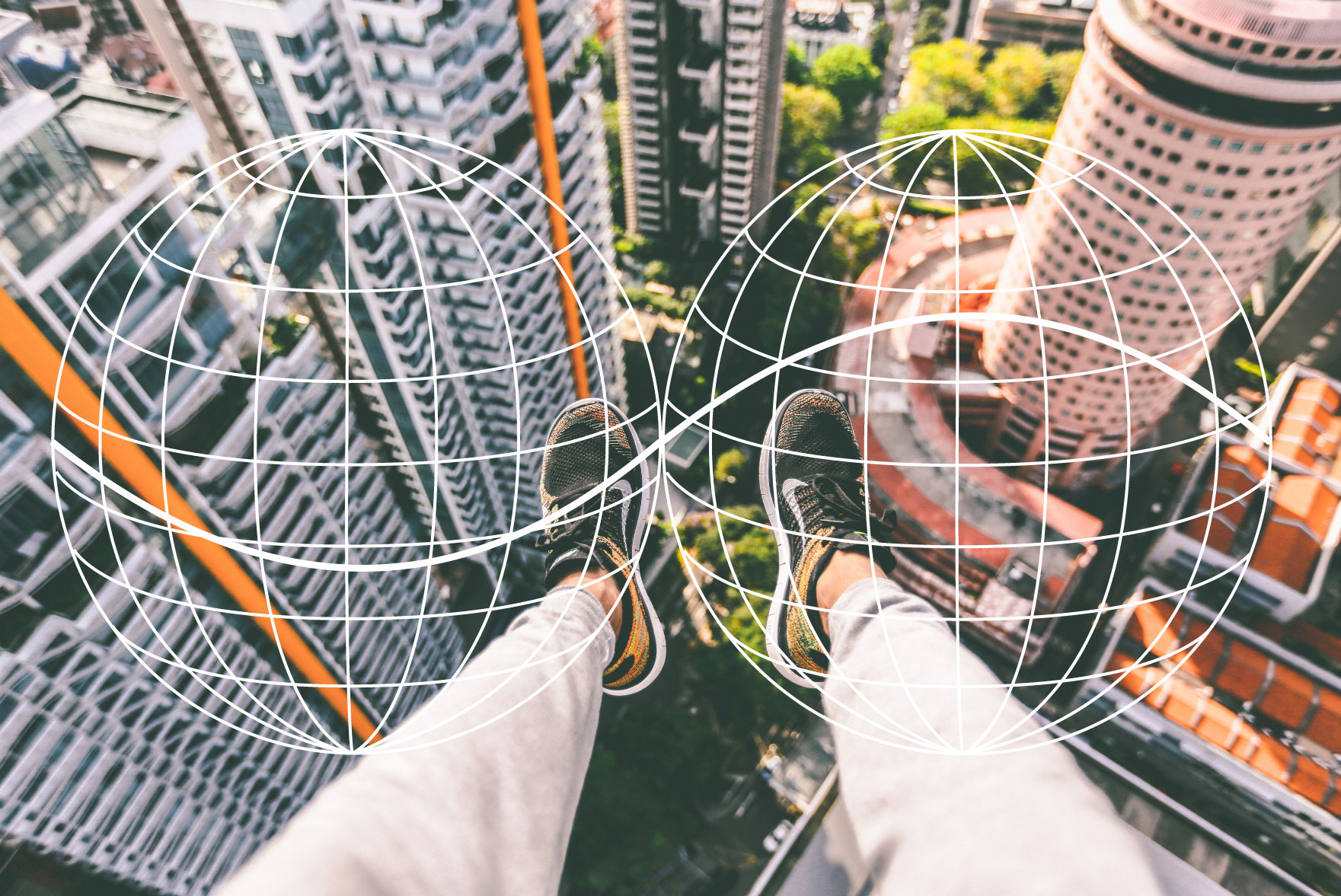 An easy way to calculate Parallels & Contraparallels in your birth chart

You may have heard of declinations, parallels and contraparallels in astrology but not known how they are calculated or why they are used. We’ll delve into what they are astronomically and how they are interpreted in this article.

Now using our tools, they are very easy to calculate. Simply create a birth chart and scroll down to the bottom to the section titled “Declinations” - there is a link there to open chart settings. Then simply click “View Declinations” and close the settings box.

Your birth chart declinations will look something like this:

What exactly are Declinations?

Declination is an extra point of information which lets us know if relative to the equator, if the planet is North or South and to what latitude on the celestial sphere it holds. Take a look at this graphic to visualize this concept:

As you see, the black line is the equator, and the red line is the path of the ecliptic (on which the zodiac lies and the Sun travels through). The declination is the latitude of any given body on the ecliptic from the celestial equator.

So how does Astrology use Declinations?

Using the declinations listed in the first table earlier in this article, we see that Mercury's declination is at 20° 37' S. Mars meanwhile is at 21° 36' S. These two are parallel, as they are a degree apart and both in the Southern hemisphere. This is usually interpreted very similarly to the conjunction.

Planets in the same sign and declination appear to be right next to each other in the sky! For this reason, if they are also conjunct, this aspect would be greatly amplified.

Meanwhile, Neptune's declination was 8° 54' S and the North Node's was at 8° 13' N. They are at the same declination but in opposite hemispheres and thus they are considered contraparallel. This is usually interpreted very similarly to the opposition.

Our tools offer a very simple way to view the Parallel and Contraparallels in your chart without needing to calculate them by hand. For birth charts, we use an orb of 1, while for synastry charts we use a tighter orb of 0.7 because there are so many planets involved.

How are Declinations used in Synastry?

Let’s take the example of Kim Kardashian and her mother Kris Jenner. See their synastry chart in full here. Here are their declinations: 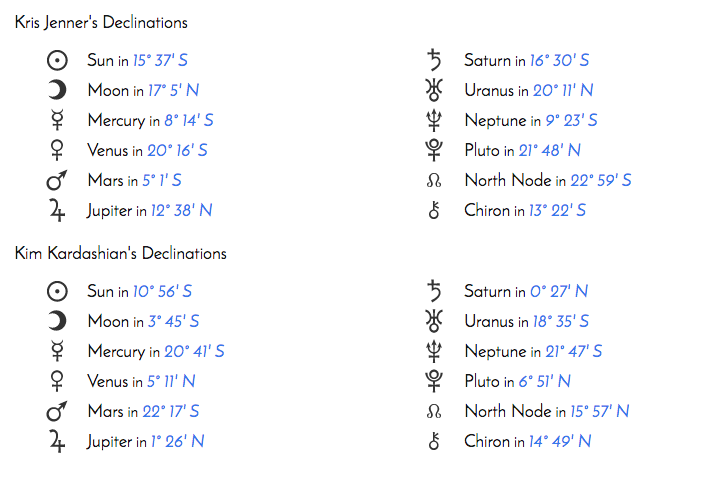 Interestingly, they only have one parallel - Kris Jenner’s North Node in 22° 59' S is parallel Kim Kardashian’s Mars in 22° 17' S. In their own personal charts, both of these planets fall into the sign of Sagittarius making this a point of strong resonance with both of them. The parallel amplifies the effect of the conjunction. Since the North Node represents the growth of the soul in more subtle ways - Kris’s soul growth is very intertwined with Kim’s choices of action and exploration.

This offers a starting point for the interpretation of parallels and contraparallels in charts. I hope this feature will be useful to you!