Miriam "Mimi" Rogers (née Spickler; born January 27, 1956) is an American film and television actress, producer and competitive poker player. Her notable film roles include Gung Ho (1986), Someone to Watch Over Me (1987), and Desperate Hours (1990). She garnered the greatest acclaim of her career for her role in the religious drama, The Rapture (1991), with critic Robin Wood applauding that she "gave one of the greatest performances in the history of the Hollywood cinema. 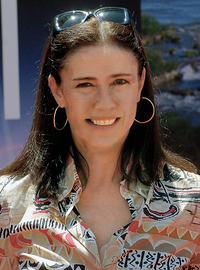 image credit
Mimi Rogers by https://www.flickr.com/photos/sharongraphics/, is licensed under cc-by-sa-3.0, resized from the original.