Jennette McCurdy (born June 26, 1992) is an American film and television actress, and country pop singer-songwriter. She is known for her role as Sam Puckett on the Nickelodeon sitcom iCarly and is currently reprising her role in the spin-off series Sam & Cat. She has also appeared in a number of notable television series, including Victorious, Zoey 101, True Jackson, VP, Malcolm in the Middle, and Lincoln Heights. 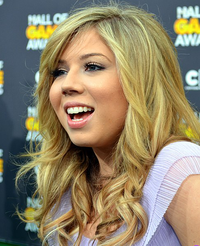 image credit
Jennette McCurdy by MingleMediaTVNetwork, is licensed under cc-by-sa-2.0, resized from the original.