David Gordon Green (born April 9, 1975) is an American filmmaker. He has directed dramas such as George Washington, All the Real Girls, and Snow Angels, as well as the thriller Undertow, all of which he wrote or co-wrote. Since 2008, he has also transitioned into comedy, directing the films Pineapple Express and Your Highness, as well as episodes of the HBO comedy Eastbound & Down. 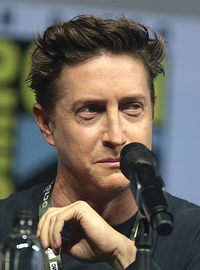 image credit
David Gordon Green by Gage Skidmore, is licensed under cc-by-sa-3.0, resized from the original.