Bret Easton Ellis (born March 7, 1964) is an American novelist, screenwriter, and short story writer. His works have been translated into 27 languages. He was at first regarded as one of the so-called literary Brat Pack, which also included Tama Janowitz and Jay McInerney. 2005's Lunar Park, a pseudo-memoir and ghost story, received positive reviews, and 2010s Imperial Bedrooms, marketed as a sequel to Less Than Zero, continues in this vein. 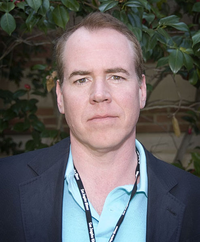 image credit
Bret Easton Ellis by Mark Coggins, is licensed under cc-by-2.0, resized from the original.