Amber Lee Ettinger (born October 2, 1982) is an American actress, Internet celebrity, and model.Ettinger is notable for portraying Obama Girl in Barely Political's June 2007 Internet video "I Got a Crush... on Obama", in which she expressed her admiration of then-U.S. Senator Barack Obama. The video led to numerous sketch comedy appearances and interviews, including Saturday Night Live, Geraldo at Large, The O'Reilly Factor, and Hannity. 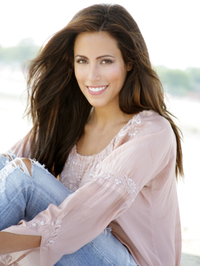 image credit
Amber Lee Ettinger by Susan Bowlus, is licensed under cc-by-sa-3.0, resized from the original.