Xavier Lamar Dotson (born January 12, 1980), professionally known as Zaytoven, is a German-born American trap music record producer, DJ, and keyboardist from Atlanta, Georgia. He has released collaborative projects with artists including Usher, Future, Gucci Mane, and Lecrae. He has also produced songs for artists such as Chief Keef and Lil Uzi Vert. Zaytoven won a Grammy Award in 2011 for his contribution to Usher's Raymond v. Raymond album, as a co-producer and writer for the single "Papers" along with Sean Garrett. 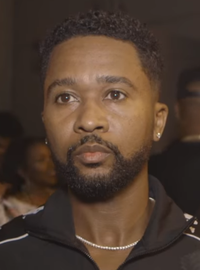 image credit
Zaytoven by ALL URBAN CENTRAL, is licensed under cc-by-3.0, resized from the original.