Jamell Maurice Demons (born May 1, 1999), known professionally as YNW Melly (backronym for Young Nigga World Melly), is an American rapper and singer. He is best known for his songs "Murder on My Mind", "Mixed Personalities" (featuring Kanye West), "Suicidal" (featuring Juice Wrld), and "223's" (featuring 9lokkNine). The first is considered his breakout, which garnered him further attention after being charged with the double-murder of two fellow rappers in the "YNW" collective. In November 2019, he released his debut album, Melly vs. Melvin, peaking number eight on the Billboard 200. 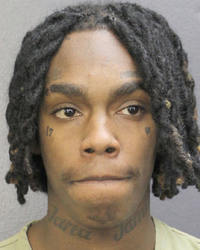