Walter Elias "Walt" Disney (/ˈdɪzni/; December 5, 1901 – December 15, 1966) was an American business magnate, animator, cartoonist, producer, director, screenwriter, philanthropist and voice actor. A major figure within the American animation industry and throughout the world, he is regarded as an international icon, well known for his influence and contributions to the field of entertainment during the 20th century. As a Hollywood business mogul, he, along with his brother Roy O. His brother, Roy Disney, inaugurated the Magic Kingdom on October 1, 1971. 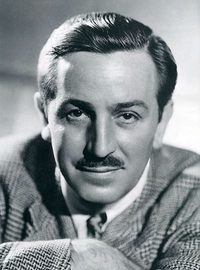