Wallace Maynard Cox (December 6, 1924 – February 15, 1973) was an American comedian and actor, particularly associated with the early years of television in the United States. He appeared in the U.S. television series Mr. Peepers (1952–1955), plus several other popular shows, and as a character actor in over 20 films. Cox was the voice of the popular animated canine superhero Underdog. Although often cast as a meek milquetoast, he was actually quite athletic as well as a military veteran. He married three times and was a close friend of Marlon Brando. 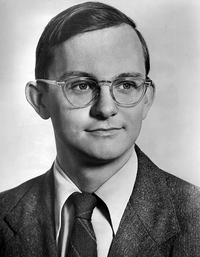