Patricia Lynn "Trisha" Yearwood (born September 19, 1964), is an American singer, author and actress. She is best known for her ballads about vulnerable young women from a female perspective that have been described by some music critics as "strong" and "confident." Yearwood is a member of the Grand Ole Opry and was inducted into the Georgia Music Hall of Fame in 2000. Since April, 2012, Yearwood hosts a culinary series on Food Network, titled Trisha's Southern Kitchen, for which she has won an Emmy Award for Outstanding Culinary Program. 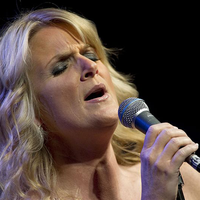