Ti West (born October 5, 1980) is an American film director, producer, screenwriter, editor, cinematographer, and occasional actor, best known for his work in horror films. He directed the horror films The Roost (2005), The House of the Devil (2009), The Innkeepers (2011), and The Sacrament (2013), and the Western In a Valley of Violence (2016). He has also acted in a number of films, mostly in those directed by either himself or Joe Swanberg. 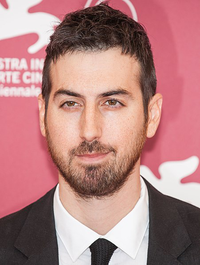 image credit
Ti West by tanka v, is licensed under cc-by-sa-2.0, resized from the original.