Susan Dey (born December 10, 1952) is an American actress, known primarily for her roles in film and television. Her more prominent parts came as elder daughter, Laurie Partridge, on the 1970s sitcom The Partridge Family, and as Grace Van Owen, a California assistant district attorney and judge on the dramatic series, L.A. Law, a role she played from 1986 to 1992. 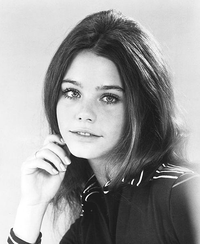