Simon Phillip Cowell (born 7 October 1959) is an English television music and talent competition judge, A&R executive, television producer, entrepreneur, and television personality. He is known in the United Kingdom and United States for his role as a talent judge on TV shows such as Pop Idol, The X Factor, Britain's Got Talent and American Idol. He is also the owner of the television production and music publishing house Syco. 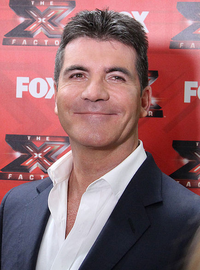 image credit
Simon Cowell by Alison Martin, is licensed under cc-by-sa-2.0, resized from the original.