Shirley Temple Black (née Temple; April 23, 1928 – February 10, 2014) was an American film and television actress, singer, dancer and public servant, most famous as a child star in the 1930s. As an adult, she entered politics and became a diplomat, serving as United States Ambassador to Ghana and later to Czechoslovakia, and as Chief of Protocol of the United States.Temple began her film career in 1932 at the age of three. She ranks 18th on the American Film Institute's list of the greatest female American screen legends of all time. 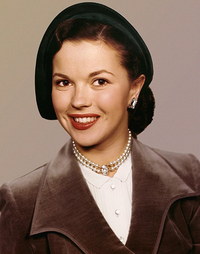