Sean Christopher Avery (born April 10, 1980) is a Canadian former professional ice hockey player. During his career in the National Hockey League (NHL), he played left wing for the Detroit Red Wings, Los Angeles Kings, New York Rangers and Dallas Stars, gaining recognition for controversial and disrespectful behavior both on and off the ice. His agitating playing style led to multiple teams waiving him and to having a contract terminated. He led the league in penalty minutes twice, during the 2003–04 and 2005–06 NHL seasons. After retiring in 2012, Avery focused full-time on working in the creative industry. He has worked in fashion as an intern at Vogue magazine, as a model, and as a former restaurateur. Avery's memoir, Ice Capades: A Memoir of Fast Living and Tough Hockey, was published by Blue Rider Press in 2017. 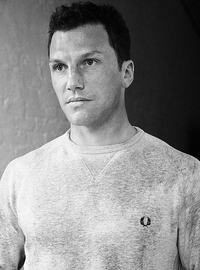 image credit
Sean Avery by Eddie Collins, is licensed under cc-by-sa-3.0, resized from the original.