Rian Craig Johnson (born December 17, 1973) is an American writer and director, who won the Special Jury Prize for Originality of Vision at the 2005 Sundance Film Festival with his debut feature, Brick.Johnson also directed The Brothers Bloom (2008) and Looper (2012), and three episodes of the AMC series Breaking Bad—"Fly", "Fifty-One", and "Ozymandias". Breaking Bad creator Vince Gilligan stated that "Ozymandias" is the best episode of the entire series. 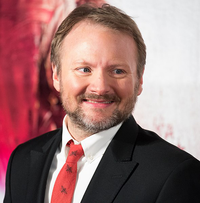 image credit
Rian Johnson by Dick Thomas Johnson, is licensed under cc-by-2.0, resized from the original.