Rachel Hannah Weisz (/ˈvaɪs/ VYS;born 7 March 1970) is an English film and theatre actress and former fashion model.Weisz began her acting career at Trinity Hall, Cambridge in the early 1990s, then started working in television, appearing in Inspector Morse, the British mini-series Scarlet and Black, and the television film Advocates II. She made her film debut in the film Death Machine (1994), but her breakthrough role came in the film Chain Reaction (1996), leading to a high-profile role as Evelyn Carnahan-O'Connell in the films The Mummy (1999) and The Mummy Returns (2001). Her portrayal of Blanche DuBois in the latter play earned her the Critics' Circle Theatre Award for Best Actress. 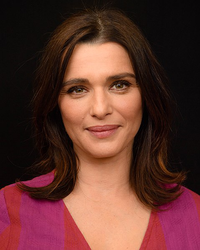 image credit
Rachel Weisz by Montclair Film, is licensed under cc-by-2.0, resized from the original.