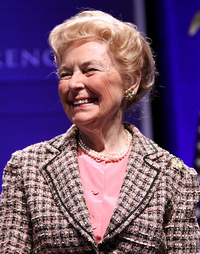 image credit
Phyllis Schlafly by Gage Skidmore, is licensed under cc-by-sa-3.0, resized from the original.
Phyllis McAlpin Schlafly (/ˈfɪlᵻs ˈʃlæfli/; née Stewart; August 15, 1924 – September 5, 2016) was an American constitutional lawyer and conservative activist. She was known for her staunchly conservative social and political views, her opposition to feminism, and her successful campaign against the ratification of the Equal Rights Amendment to the U.S. Constitution. Her 1964 book, A Choice Not an Echo, a push-back against Republican leader Nelson Rockefeller, sold more than three million copies. She co-authored books on national defense and was highly critical of arms control agreements with the former Soviet Union. Schlafly founded the conservative interest group Eagle Forum in 1972 and remained its chairman and CEO until her death.
birthtime credit:
CAH / Accuracy: excellent

END_OF_DOCUMENT_TOKEN_TO_BE_REPLACED 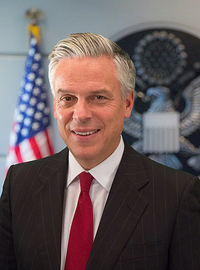 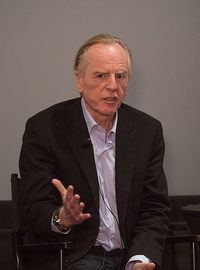