Nelson Richard DeMille (born August 23, 1943) is an American author of thriller novels. His works include Word of Honor (made into a 2003 TV movie starring Don Johnson), The Charm School, The Gold Coast, Plum Island, and The General's Daughter (made into a 1999 movie starring John Travolta).DeMille has also written under the pen names Jack Cannon, Kurt Ladner, and Brad Matthews. 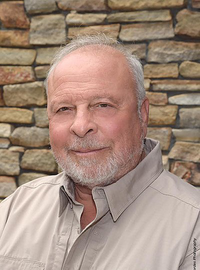 image credit
Nelson DeMille by John Ellis Kordes, is licensed under cc-by-sa-4.0, resized from the original.