Percy Robert Miller (born April 29, 1970), better known by his stage name Master P or his business name P. Miller, is an American rapper, actor, entrepreneur, investor and producer. He is the founder of the popular label No Limit Records, which went bankrupt and was relaunched as New No Limit Records through Universal Records & Koch Records, followed by Guttar Music Entertainment, & currently now No Limit Forever Records. The same year Miller released his first independent album Living Legend: Certified D-Boy on his new label Guttar Music, and the album only sold 75,000 copies. 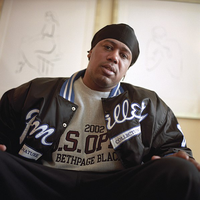 image credit
Master P by Mikamote, is licensed under cc-by-sa-3.0, resized from the original.