Mariangela Melato (19 September 1941 – 11 January 2013) was an Italian cinema and theater actress. She began her stage career in the 1960s. Her first film role was in Thomas e gli indemoniati (1969), directed by Pupi Avati. She played in many memorable films during the 1970s, a period which was considered her golden age, and she received much praise for her roles in films like Between Miracles (1971), The Seduction of Mimi (1972), Love and Anarchy (1973), Nada (1974), Todo modo (1976) and Il gatto (1978). Melato also starred in several American productions as well. She died from pancreatic cancer at the age of 71 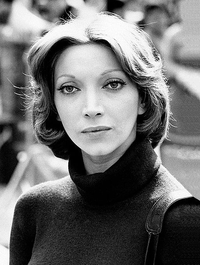