Mandel Bruce "Mandy" Patinkin (/pəˈtɪŋkɨn/; born November 30, 1952) is an American actor and tenor singer.Patinkin is well known for his portrayal of Inigo Montoya in The Princess Bride in 1987. His other film credits include Alien Nation (1988), Yentl (1983), and Dick Tracy (1990). He has appeared in major roles in television series such as Chicago Hope, Dead Like Me, and Criminal Minds, and plays Saul Berenson in the Showtime series Homeland.He is a noted interpreter of the musical works of Stephen Sondheim, and is known for his work in musical theatre, originating iconic roles such as Georges Seurat in Sunday in the Park with George and Ché in the original Broadway production of Evita. 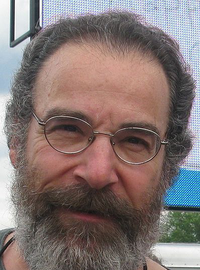