Alex Christophe Dupont (born 22 November 1960), best known as Leos Carax (French: [leɔs karaks]), is a French film director, critic, and writer. Carax is noted for his poetic style and his tortured depictions of love. His first major work was Boy Meets Girl (1984), and his notable works include Les Amants du Pont-Neuf (1991) and the controversial Pola X (1999). His professional name is an anagram of his real name, 'Alex', and 'Oscar'. 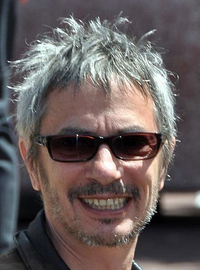 image credit
Leos Carax by Georges Biard, is licensed under cc-by-sa-3.0, resized from the original.