Lena Mary Calhoun Horne (June 30, 1917 – May 9, 2010) was an American singer, actress, civil rights activist and dancer.Horne joined the chorus of the Cotton Club at the age of sixteen and became a nightclub performer before moving to Hollywood, where she had small parts in numerous movies, and more substantial parts in the films Cabin in the Sky and Stormy Weather. Due to the Red Scare and her left-leaning political views, Horne found herself blacklisted and unable to get work in Hollywood. 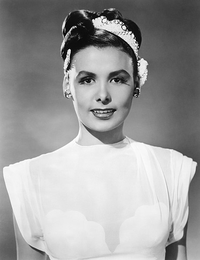