Katharine Houghton Hepburn (May 12, 1907 – June 29, 2003) was an American actress of film, stage, and television. Known for her headstrong independence and spirited personality, Hepburn was a leading lady in Hollywood for more than 60 years. She appeared in a range of genres, from screwball comedy to literary drama, and received four Academy Awards for Best Actress—a record for any performer. With her unconventional lifestyle and the independent characters she brought to the screen, Hepburn came to epitomize the "modern woman" in 20th-century America and is remembered as an important cultural figure. 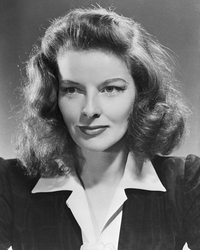