Joshua Daniel "Josh" Hartnett (born July 21, 1978) is an American actor and producer. He first came to attention in 1997 for his role as Michael Fitzgerald in the television series Cracker. He made his feature film debut in 1998 in Halloween H20: 20 Years Later, followed by teen roles in films such as The Faculty and The Virgin Suicides. Hartnett has since gone on to further fame for his roles in films such as Pearl Harbor, O, Black Hawk Down, 40 Days and 40 Nights, and 30 Days of Night. 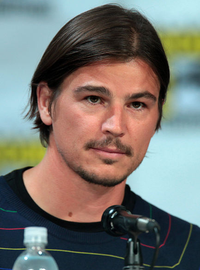 image credit
Josh Hartnett by Gage Skidmore, is licensed under cc-by-sa-2.0, resized from the original.