Joshua "Josh" Gad (born February 23, 1981) is an American film, television, stage and voice actor known for playing Skip Gilchrist in 1600 Penn, Elder Arnold Cunningham in the Broadway musical The Book of Mormon, and Ryan Church in the television series Back to You. Gad has also appeared in episodes of ER, The Daily Show, Modern Family, New Girl, Bored to Death and Numb3rs. His film appearances include The Rocker, Crossing Over, She Wants Me, 21, Love & Other Drugs and Jobs. He also voiced Olaf in Disney's feature film Frozen. 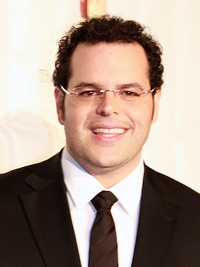 image credit
Josh Gad by Voice Chasers, is licensed under cc-by-2.0, resized from the original.