José Paulo Lanyi is a Brazilian writer, journalist and director, author of the scenic novel "God told me that he doesn't exist", conceived as a new literary genre. He also wrote the history play "Machiavelli, The Man Behind Evil" and the awarded play "When the village sleeps", which was staged with the United Nations support in São Paulo. Lanyi has worked for Globo TV and BBC News Brazil. He was the director and executive producer of the feature film "Real: The Plan Behind History" (2017). 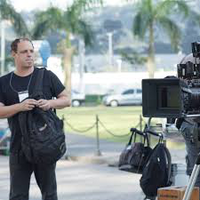 image credit
José Paulo Lanyi by Thiago Benatti, is licensed under cc-by-sa-4.0, resized from the original.