John Samuel Waters, Jr. (born April 22, 1946) is an American film director, screenwriter, actor, stand-up comedian, journalist, visual artist, and art collector, who rose to fame in the early 1970s for his transgressive cult films. Waters' 1970s and early '80s trash films feature his regular troupe of actors known as the Dreamlanders—among them Divine, Mink Stole, David Lochary, Mary Vivian Pearce, and Edith Massey. He is recognizable by his trademark pencil moustache, a look he has retained since the early 1970s. 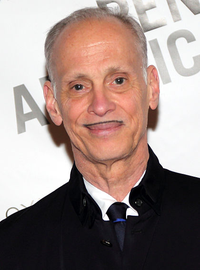 image credit
John Waters by PEN American Center, is licensed under cc-by-2.0, resized from the original.