Joan Alexandra Molinsky (born June 8, 1933), known by her stage name Joan Rivers, is an American actress and comedian.Rivers came to prominence as a host in The Tonight Show, first of the late-night chat programs with interviews and comedy, pioneered by Johnny Carson, whom she acknowledges as her mentor. The show established her particular comic style, poking fun at celebrities, but also at herself, often joking about her extensive plastic surgery. When she launched a rival program, The Late Show, without warning Carson, he never spoke to her again. She went on to host a successful daytime slot, The Joan Rivers Show, which won her a Daytime Emmy for Outstanding Talk Show Host.Rivers is the author of many books of memoirs, as well as comic material for stage and TV. She lives in Malibu, California, with her daughter and grandson. 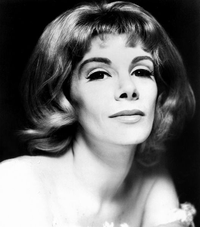