Jean Dorothy Seberg (November 13, 1938 – August 30, 1979) was an American actress. She starred in 34 films in Hollywood and in Europe, including Saint Joan, Breathless, Lilith, Moment to Moment, A Fine Madness, Paint Your Wagon, Airport, Macho Callahan, and Gang War in Naples.Seberg is also one of the best-known targets of the FBI COINTELPRO project. Her victimization was rendered as a well-documented retaliation for her support of the Black Panther Party in the 1960s.Jean Seberg died at the age of 40 of a barbiturate overdose in Paris. Her death was ruled a probable suicide. 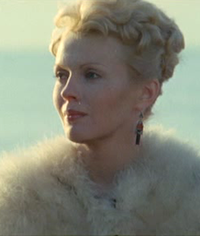