Alice Bradley Sheldon (August 24, 1915 – May 19, 1987) was an American science fiction author better known as James Tiptree, Jr., a pen name she used from 1967 to her death. She also wrote occasionally as Raccoona Sheldon (1974–77). She was most notable for breaking down the barriers between writing perceived as inherently "male" or "female" — it was not publicly known until 1977 that James Tiptree, Jr. was a woman.Tiptree was inducted by the Science Fiction Hall of Fame in 2012. 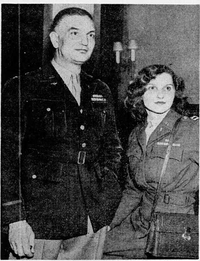