Hayao Miyazaki (宮崎 駿, Miyazaki Hayao, born January 5, 1941) is a retired Japanese film director, animator, mangaka, illustrator, producer, and screenwriter. Through a career that has spanned six decades, Miyazaki has attained international acclaim as masterful storyteller and as a maker of anime feature films and, along with Isao Takahata, co-founded Studio Ghibli, a film and animation studio. The success of Miyazaki's films has invited comparisons with American animator Walt Disney, British animator Nick Park, and American director Steven Spielberg. In addition to his acclaimed film work, Miyazaki has created manga that have reached worldwide audiences. 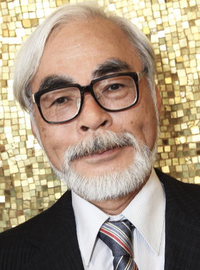