Gene Wilder (born Jerome Silberman; June 11, 1933) is a retired American stage and screen comic actor, director, screenwriter, author, and activist.Wilder began his career on stage, and made his screen debut in the TV-series Armstrong Circle Theatre in 1962. Although his first film role was portraying a hostage in the 1967 motion picture Bonnie and Clyde, Wilder's first major role was as Leopold Bloom in the 1968 film The Producers for which he was nominated for an Academy Award for Best Supporting Actor. He continues to receive critical acclaim, and is regarded as one of the most appealing comedic actors of the second half of the 20th century. 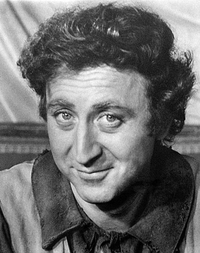