Gary Michael Cole (born September 20, 1956) is an American television and film actor. Born in Park Ridge, Illinois and a graduate of Illinois State University, Cole began his professional acting career on stage with the Steppenwolf Theatre Company in 1985. On television, Cole had starring roles in the series Midnight Caller, American Gothic, and Crusade. On film, Cole appeared in supporting roles in The Brady Bunch Movie, Office Space, Dodgeball, and Talladega Nights. Cole is also known for voicing the title character of Harvey Birdman, Attorney at Law. 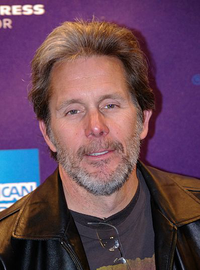 image credit
Gary Cole by David Shankbone, is licensed under cc-by-3.0, resized from the original.