Gábor Ferenc Király (Hungarian pronunciation: [ˈɡaːbor ˈfɛrɛnt͡s ˈkiraːj]; born 1 April 1976) is a Hungarian professional footballer who plays for Szombathelyi Haladás as a goalkeeper. In his 22-year-long playing career, Király spent most of his career with German club Hertha BSC with whom he signed in 1997, going on to appear in 198 official games. Apart from Hertha BSC, Király has previously played for English clubs Crystal Palace, Burnley, and Fulham and has had loan spells with West Ham United, and Aston Villa. In 2015, he joined his hometown team Szombathelyi Haladás. Since making his international debut against Austria in 1998, Király has amassed a record 107 caps for the Hungary national team. He represented his nation at UEFA Euro 2016, and on 14 June 2016, he became the oldest player to represent their country at a UEFA European Championship at 40 years and 75 days of age, beating the previous record of 39 years and 91 days held by Lothar Matthäus. The record was later extended to 40 years and 87 days on 26 June 2016. Király subsequently retired from international football after the tournament. Throughout his career, Király has stood out for wearing a recognisable pair of grey tracksuit bottoms instead of shorts in almost every match he has played since 1996; several commentators have taken note of his unusual attire, which he says he chose for comfort after playing on rough surfaces and grey in colour because they bring him good luck. 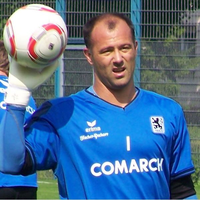