Fred John Philip Gibson, known professionally as Fred Again (stylised as Fred again..) or simply Fred (stylised as FRED), is a British singer, songwriter, multi-instrumentalist, record producer and remixer. Born in London on 19 July 1993, Gibson's journey began after he joined an a cappella group at Brian Eno's studio in London; there, he managed to impress Eno with his Logic skills, leading to Gibson gaining the revered musician as a mentor. 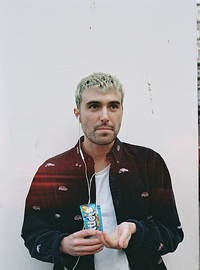 image credit
Fred Again by Jumaso31500, is licensed under cc-by-sa-4.0, resized from the original.