Frank Luke Jr. (May 19, 1897 – September 29, 1918) was an American fighter ace, ranking second among U.S. Army Air Service pilots after Captain Eddie Rickenbacker in number of aerial victories during World War I (Rickenbacker was credited with 26 victories, while Luke's official score was 18). Frank Luke was the first airman to receive the Medal of Honor. Luke Air Force Base, Arizona, a U.S. Air Force pilot training installation since World War II, is named in his honor. 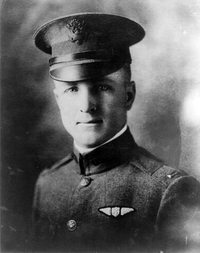