Elizabeth Ann Guttman (born September 11, 1961), better known by her stage names of Elizabeth Daily and E.G. Daily, is an American voice actress, actress, musician and singer, who is best known for voicing Tommy Pickles in Rugrats and its spin-off All Grown Up!, Buttercup in The Powerpuff Girls, Rudy Tabootie in ChalkZone, and Isbael "Dizzy" Flores in Roughnecks: Starship Troopers Chronicles. She also provided the voice of the title role in the live-action feature film Babe: Pig in the City, replacing Rugrats co-star Christine Cavanaugh. 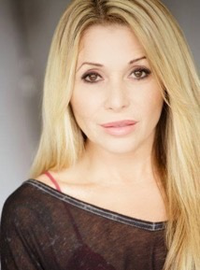 image credit
Elizabeth Daily by Natalie Faye www.nataliefaye.net, is licensed under cc-by-sa-3.0, resized from the original.