Edward Leonard "Ed" O'Neill (born April 12, 1946) is an American actor. He is best known for his role as the main character, Al Bundy, on the Fox TV Network sitcom Married... with Children, for which he was nominated for two Golden Globes. Since 2009, O'Neill has been playing patriarch Jay Pritchett on the award-winning ABC sitcom Modern Family, a role for which he was nominated for three Primetime Emmy Awards and won three Screen Actors Guild Awards. 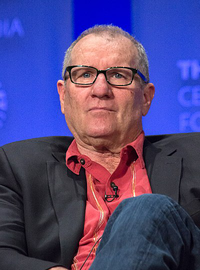 image credit
Ed O'Neill by iDominick, is licensed under cc-by-sa-2.0, resized from the original.