Daniel Michael "Danny" DeVito, Jr. (born November 17, 1944) is an American actor, comedian, director, and producer. He first gained prominence for his portrayal of taxi dispatcher Louie De Palma on the ABC and NBC television series Taxi (1978–1983), for which he won a Golden Globe and an Emmy. He has appeared in several of them, as have friends of his and members of his family. 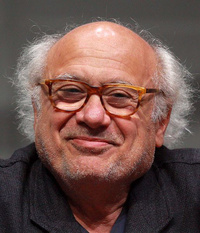 image credit
Danny DeVito by Gage Skidmore, is licensed under cc-by-sa-3.0, resized from the original.