William Bradley "Brad" Pitt (born December 18, 1963) is an American actor and film producer. He has received a Golden Globe Award, a Screen Actors Guild Award, and three Academy Award nominations in acting categories, and received two further Academy Award nominations, winning one, for productions of his film production company Plan B Entertainment. He has been described as one of the world's most attractive men, a label for which he has received substantial media attention. Since beginning his relationship with Jolie, he has become increasingly involved in social issues both in the United States and internationally. 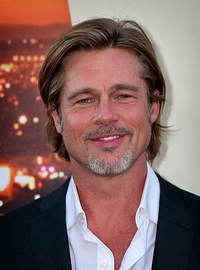 image credit
Brad Pitt by Glenn Francis, is licensed under cc-by-sa-4.0, resized from the original.