Blythe Katherine Danner (born February 3, 1943) is an American actress. She is known for her portrayal as Will Truman's mother, Marilyn, on Will & Grace and for her role in the 2000 comedy hit Meet the Parents, and its sequels, Meet the Fockers and Little Fockers. She is the mother of actress Gwyneth Paltrow and director Jake Paltrow. 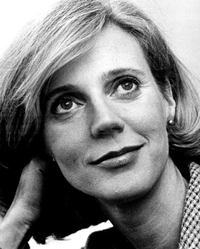